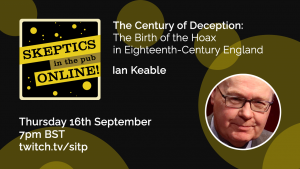 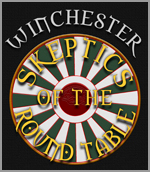 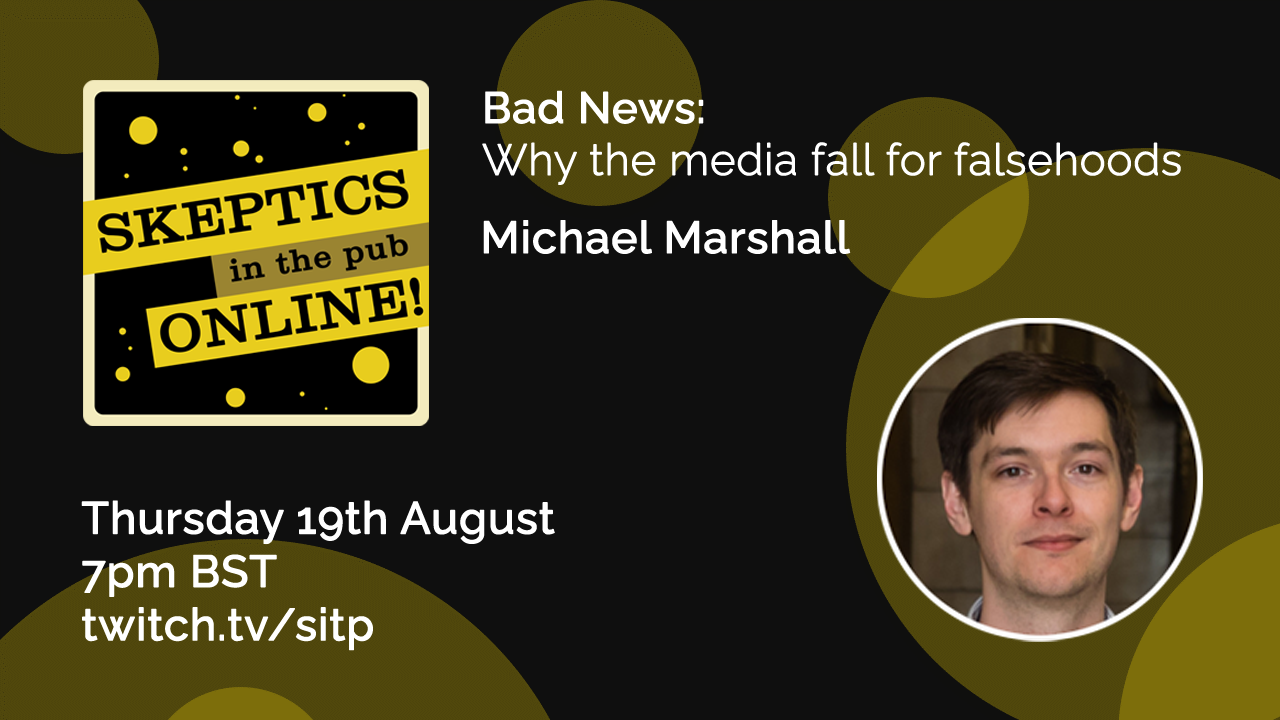 Due to unforeseen circumstances, Mike Rothschild is unable to join us tomorrow night, so we will be bringing him back at a later date. Instead, we have our very own Michael Marshall who will be talking to us about Bad PR! So far, except for a short break over Christmas we have been able to put on weekly talks followed by a Zoom call in our virtual pub The Lock-Inn’s Razor.

Due in part to the summer sun, pubs re-opening, and the steady progress towards normality we have decided to to reduce the frequency of our talks to every other week, starting on the 22nd July (there is no talk scheduled for the 15th).

We will still be opening The Lock-Inn’s Razor every week. It’ll open after the talks and at 7pm on non-talk weeks. So it will be open on the 15th. And you can still talk to your Fellow Skeptics throughout the week on our Discord channel.

Thank you all for your support over the last 15 months and we hope you continue to attend talks and visit us in the Lock-Inn’s Razor. Eliot Higgins is the founder of Bellingcat, a multi-award winning collective of online open-source investigators. d denialism is currently a global threat, but denialism has been around for years: Holocaust denial, Climate change denial, anti-vaxxers, 911 conspiracism, Creationism (in the sense of denying evolution) and more. Recently though Covid denialism and denial of Trump’s election loss have become mainstream.

Debunking denialist claims is essential – yet also rarely effective. In this talk, Dr Keith Kahn-Harris will argue that we are now seeing both the triumph of denialism and its end. He argues that denialism emerges when one’s deepest desires are ‘unspeakable’. Increasingly though, we are seeing denialism superseded by the open acknowledgement of desire. So in thinking about denialism, we also have to consider whether a world without it might not be a truth-filled utopia, but something even worse.

Dr Keith Kahn-Harris is a sociologist and writer. Denial: The Unspeakable Truth was his fifth book. His badly-designed website can be found at kahn-harris.org and he tweets irregularly as @KeithKahnHarris. What’s the point in making music? Is there a point?

Although music surrounds us for a large proportion of our time it doesn’t seem to serve an obvious purpose, and this talk will explore that problem.

Darwin suggested music could be involved in sexual selection, used to flaunt genetic fitness to potential partners, but there are also several alternative explanations, ranging from Pinker’s null hypothesis (it’s auditory cheesecake) to the Mozart Effect (music makes you clever).

Spoiler alert – those theories are probably both wrong!

This talk will primarily explore the role of music in social bonding, and whether music is best understood as the alternative to language.

Dr Jacques Launay is an expert in music and social bonding, and has worked on this from a range of perspectives, including the origins of music making, the health benefits of singing in choirs, and the neuroscience of moving to sounds. As AI becomes increasingly advanced, it promises many benefits but also comes with risks. How can we mitigate these risks while preserving scientific inquiry and openness? Who is responsible for anticipating the impacts of AI research, and how can they do so effectively? What changes, if any, need to be made to the peer review process? In this talk, we’ll explore these tensions and how they are playing out right now in the AI community. AI is not the first high-stakes, ‘dual-use’ field to face these questions. Taking inspiration from fields like cybersecurity and biosecurity, we’ll look at possible approaches to responsible publication, their strengths and limitations, and how they might be used in practice for AI.

Rosie Campbell leads the Safety-Critical AI program at the Partnership on AI, a multistakeholder nonprofit shaping the future of responsible AI. Her main focus is on responsible publication and deployment practices for increasingly advanced AI. Previously, she was Assistant Director of the Center for Human-Compatible AI at UC Berkeley, a Research Engineer at BBC R&D, and cofounder of Manchester Futurists. Her academic background spans physics, philosophy, and computer science. Rosie is also a productivity nerd and enjoys thinking about how to optimize systems, and how to use reason and evidence to improve the world.