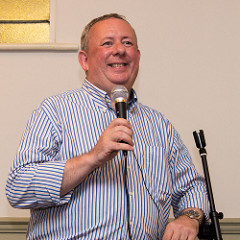 James Williams, Lecturer in Education, University of Sussex will talk about Alfred Wallace who famously sent Charles Darwin an outline of the theory of evolution by natural selection before Darwin had completed his major treatise on the subject. This prompted the publication of Origin of Species.

Talks are on the last Wednesday of every month,  at 7:00 for 7:30, at The Arc (formerly The Discovery Centre) in Winchester. Admission is £5 which also gives you an entry in the book raffle. We take cash and cards (cards preferred).

The event is in two parts – the talk and then a Q&A after the interval. We encourage you to support The Arc by indulging in the available drinks and snacks before and during the event.

There is a small car park adjacent to The Arc, or use the nearby Tower car park. You are also welcome to join us for the traditional post-talk curry.