So, are men are better than women at navigation? 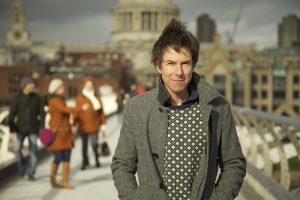 This talk discusses how humans acquired wayfinding and navigation skills over our evolutionary past, the methods that early humans used to stay orientated in unfamiliar surroundings, the brain mechanisms behind our spatial and navigation skills and how they are related to memory and other cognitive functions, and why there are such stark individual differences in wayfinding skills (including the oft-debated question of whether men are better than women).

Michael Bond, who won the 2015 British Psychological Society Prize for The Power of Others, is a freelance science writer and editor. A consultant with New Scientist, he specializes in psychology and social behaviour, and how people interact with their environments.

He has been writing on psychology and human behaviour for more than fifteen years as a regular contributor to New Scientist, Nature, Prospect, the Observer, the Daily Telegraph, the Financial Times, and others. During the Arab Spring, he also served as lead researcher for the Royal Society report on science in Egypt.

Michael’s latest book  is Wayfinding – The art and science of how we find and lose our way. 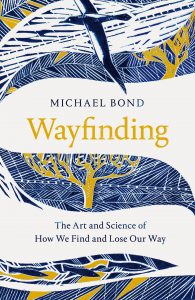 Talks are on the last Wednesday of every month,  at 7:00 for 7:30, at The Arc (formerly The Discovery Centre) in Winchester. Admission is £5 which also gives you an entry in the book raffle. We take cash and cards (not Amex). The event is in two parts – the talk and then a Q&A after the interval. We encourage you to support The Arc by indulging in the available drinks and snacks before and during the event. There is a small car park adjacent to The Arc, or use the nearby Tower car park. You are also welcome to join us for the traditional post-talk curry.