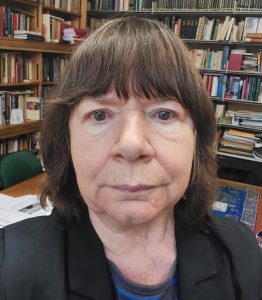 The basis for modern weather forecasting

It is a truth universally acknowledged – at least among non-medievalists – that classical scientific knowledge died with the Roman Empire and had to be disinterred once the Middle Ages were over. This talk will demonstrate that this belief is mistaken, using the example of medieval weather forecasting. Ancient astronomers had no satisfactory answer to the important question of how seasonal weather can vary so much from one year to another and from place to place. Medieval European meteorologists had complex and data-driven answers, based on the work of astronomers and astrologers in the Arab Empire. The models used could produce forecasts for any chosen date and location – but appear magical to modern critics because of their use of astrology.

This talk will look at the methods used in making these forecasts, with practical examples. It will go further and argue that these laid the basis for modern weather forecasting.

Anne Lawrence-Mathers is a Professor of Medieval History at the University of Reading and a Fellow of the Society of Antiquaries. She is a specialist in the history of magic and its relationship with science, and is the author of The True History of Merlin the Magician and Medieval Meteorology as well as co-author of Magic in Medieval Society. She has written for Weather, Physics Today and Pour la Science, and is currently writing a book on medieval magical texts as well as co-editing the Arc Companion to Magic, Science and the Medieval Construction of the Natural.

For those who don’t know this

Talks are on the last Wednesday of every month,  at 7:00 for 7:30, at The Arc (formerly The Discovery Centre) in Winchester. Admission is £5 which also gives you an entry in the book raffle. We take cash and cards. The event is in two parts – the talk and then a Q&A after the interval. We encourage you to support The Arc by indulging in the available drinks and snacks before and during the event. There is a small car park adjacent to The Arc, or use the nearby Tower car park. You are also welcome to join us for the traditional post-talk curry.